In the summer of 1996, my best friend Arturo and myself decided to make a sequel to Pong Kombat. While that was over 26 years ago, the experience provided an immense amount of insight into game design and development.

Picture yourself living in Florida during the hot, muggy, summertime. You only have three months of school left. Art and I had the opportunity to skip school on certain days of the week. We’d use that time to work on our game, Pong Kombat 2. 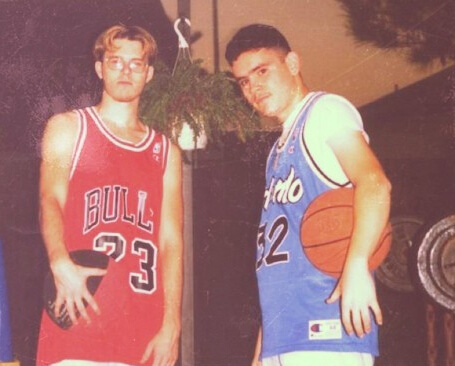 I vividly recall leaving the house and acting as if I was walking to the designated bus stop. I felt in my mind that I could see my mom, peering through the blinds, looking out the window and watching me to make sure I was going to the bus stop. I never looked back and said to myself “nah, that’s all in my head.” I walked to the right, down a road called “Middle Cross”. The bus stop was across the road.

Instead of continuing straight, I slowly walked up to a pale painted house with deep black trim. The second house on the right side. I silently cut through the yard and climbed a fence that lead straight to my backyard. I ducked down and crawled around the house and curled up next to the air conditioning unit. I pulled a pillow and a thick blue, fuzzy blanket out of my backpack that I had switched out of my school materials and got comfortable. I knew it would be about an hour before my parents left the house.

I woke from a light sleep about forty-five minutes later from the sound of a pair of tires going over a curb. Then a half second later, another pair. I hear the familiar sound of my mother’s van going into drive. She was the last one to leave the house, I was in the clear. I unwrapped myself from the comfy blanket and excitedly walked over to the window to my bedroom which I had already unlocked. I climbed through and left everything behind in my room.

I quickly ran through the house and into the office. I turned on the monitor. The computer was already powered up. As the CTR monitor warmed up and displayed the familair Windows 3.11 for Workgroups interface, my eyes went directly to the left and went down three icons. I put my mouse over the America Online icon. I double clicked the mouse. As I logged in, the sound of the modem fired off with loud, static noises, as if this was an old TV that cannot display a channel and mix in little beats of thousands of rubber bands firing off inside the computer. After about a minute, I was logged in. On the right side of the screen was a small window which you would move around. This window was labled “Buddy List”. I saw Art’s username was online. I sent him a message: “You can head over whenever”. About ten seconds later, Art replied: “heading out in 15”. Now it was time to work on Pong Kombat 2! Arturo would show up soon, so I opened up our project, which was developed with Klik N’ Play. 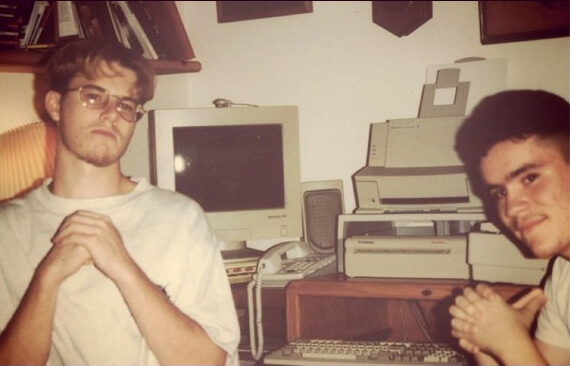 We would order a large pizza and drink loads of Sprite. Developing on full stomach and sugar was our ritual to draw up all of our ideas: the story continuing from the original game, each of the new paddles, all the secrets, and the backgrounds of each character. Yes, Pong Kombat 2 is truly developed on a kitchen counter by two 16 year olds.

At that time, we had a decent amount of tools. We used trueSpace 2 for all our animation, background art, and logos. We used Photoshop for text effects, clean up, and editing. For sound effects – the blood that shoots out of the paddles… those were all home made sounds: the blood effect was a ketchup bottle being squeezed with some pitch amplifying using Sound Forge.

That’s right, we both were animating, programming, creating sound effects: the whole package. All in one hybrids that would skip school to write computer games. Those were the days! 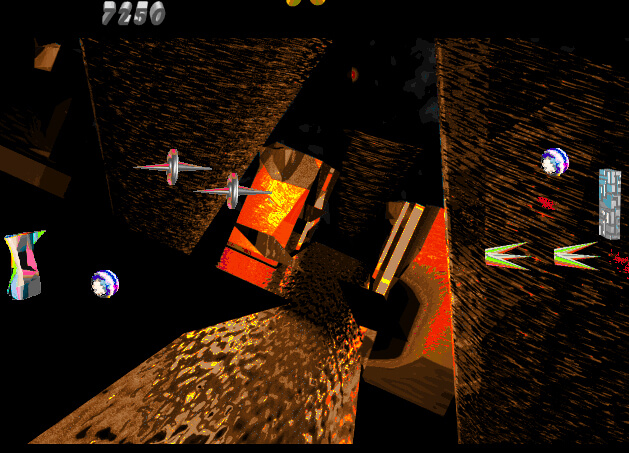 Time to name the game

Honestly, we wrote this entire game without asking the original author’s permission. Well, keep in mind, we were only 16 years old at the time… we didn’t know any better but in the back of my mind, I thought it would be best if we did. All I remember is I typed out a letter, signed it, and snail mailed it to Stefan Gagne. I kept my fingers crossed that he’d say “yes” and I wouldn’t have to rename the game.

I got an e-mail a few weeks later. While he wasn’t entirely happy we didn’t ask him first… he was impressed that we wrote up a storyline and put forth all this work into making a sequel. He granted us a license to release Pong Kombat 2.

A quote from the Pong Kombat 2 instruction manual from Stefan Gagne (he wrote the manual for us!):

“Ryan & Art had the balls to make the bloody thing without asking me. But instead of extreme violence on his personage, I looked at the product and realized, yeah, this is pretty much in line with the rampant silliness and parody of Pong Kombat. So, why not? Life is funny that way and these guys had the drive to do something special, something relatively unique and certainly creative. The universe deserved another Pong Kombat game.”

Life was good. We tested the game and added in little bells and whistles. (actually those bells and whistles were tagging on more and more megabytes). The release candidate was around 20mb, which was HUGE for an Indie, down-loadable game, back then. I contacted all my favorite Bulletin Board Systems (BBS) and all of them were happy to host the game. I also had contacted AOL’s download center. AOL also agreed to host the game too.

A week and almost 5 months after the release, we received thousands e-mails about the game: mostly good things. Some were bad saying our game “sucked”. That’s cool though, there was no way we could please everyone. 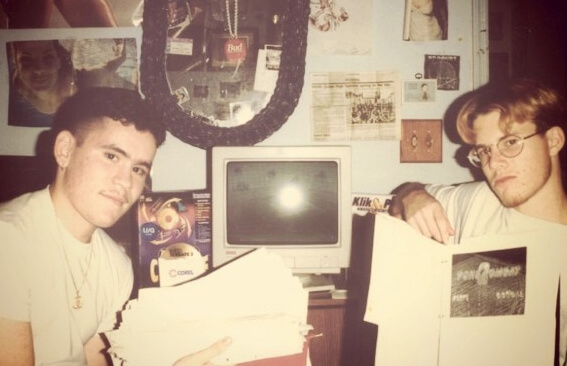 I play the game now and realize… wow, it’s not the greatest game. There is a mountain of aspects that damage the game. I’m sure we didn’t realize this at the time, we were having fun and it was our first game. Here is what I found: 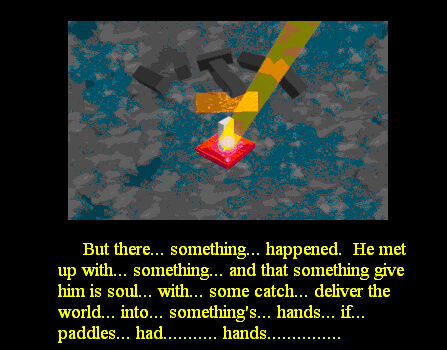 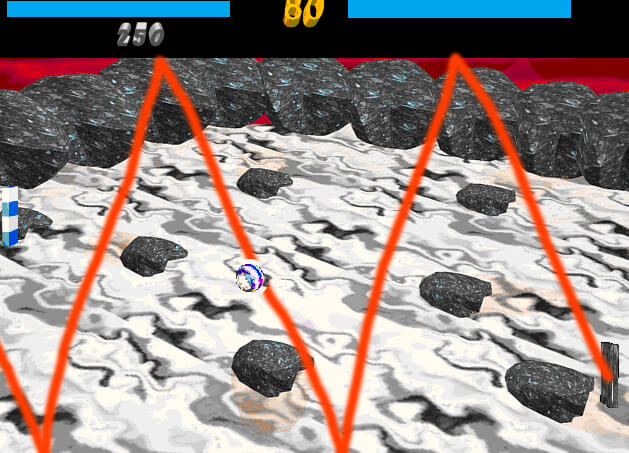 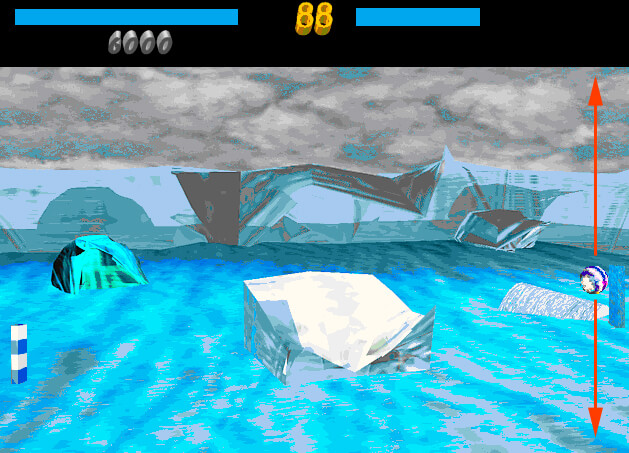 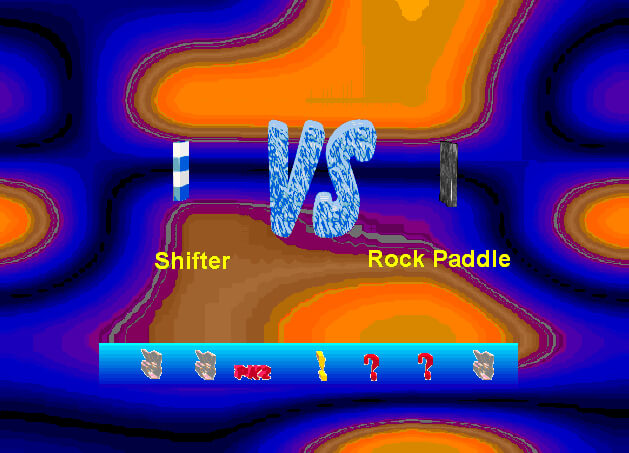 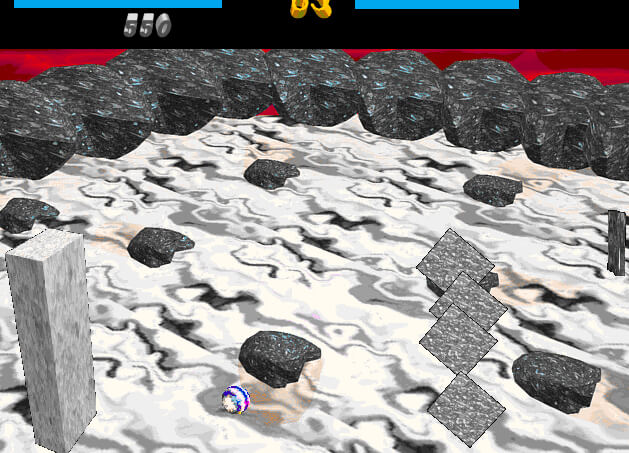 Fighting a secret paddle: a match against Art Paddle or Wacky Paddle (the stars have to align perfectly to unlock Wacky) is nearly impossible. It’s almost equivalent to fighting Jade or Smoke in Mortal Kombat 2… except with even more downright cheap and punishing difficulty. I’m sure that was intended though. 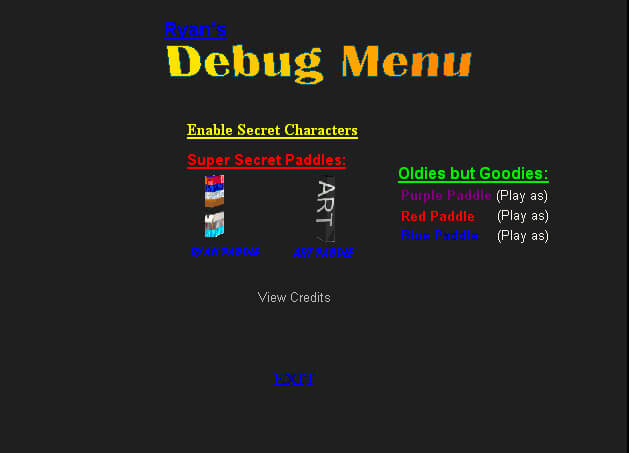 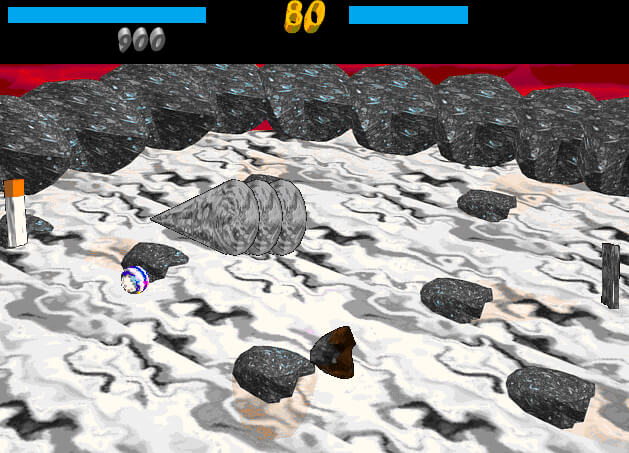 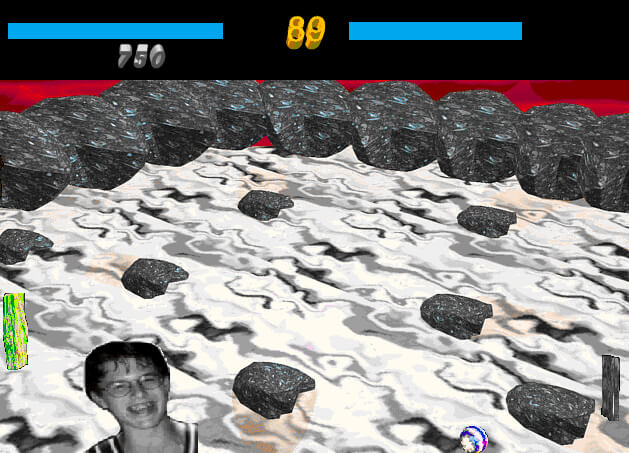 Still, we’re happy about the game

Even with all these call outs I’ve made on this game, I’m proud that my name is on it. We put a lot of hard work into the game. We didn’t have all the resources in the world but when I play it now, I can tell it was made with a lot of love.

Does this mean it’s time for a remake? Maybe when the time is right, I’ll sit down and rewrite the whole game but make it extremely fun like the original one was, keeping these points in mind.

You can play too!